The Center’s vision for the future

While the current state of the world is such that it is difficult to launch large satellites, Japan’s technological level in the area of space observation using comparatively small satellites is high and is attracting attention internationally. The outcomes expected in particular include information on the early solar system, which will be obtained from analysis of meteorite and asteroid samples, and clarification of the origins of the universe and the process of its formation by combining that information with x-ray observations of galaxies and galaxy clusters.

In addition, by combining the residual effects of cosmic rays on meteorites with observation of x and gamma rays of supernova remnants, researchers will be able to develop new research on the galactic cosmic ray environment and its variations. Also the results achievable by combining charge exchange reaction cross sections obtained in multivalent ion collision experiments and detailed x-ray spectra will give new information, including identification of the process by which cosmic hot gases and solar wind ions interact with neutral gases, and verification of an interstellar molecular ion formation model.

This research center aims, in future, to be a world-leading space science research base in unravelling the mysteries of the universe while collaborating closely with many research institutions including JAXA, the High Energy Accelerator Research Organization and RIKEN. 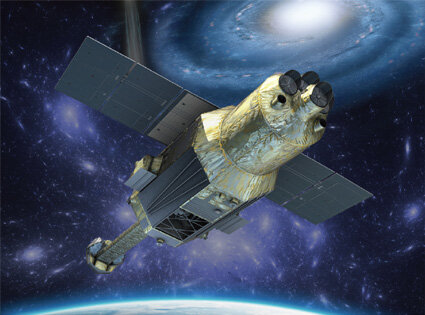